A victim of crime can get compensation from the Criminal Injuries Compensation Authority (CICA). WAR has won many cases over the years and campaigned for change.

Over the last few years, we have developed a network of survivors who are fighting for their compensation and want to campaign together.

Our campaign for fairer compensation spells out the main ways the CICA discriminates against victims of sexual violence. Some of our demands have been won, such as ending the ‘Same Roof Rule‘ (which had denied an award to victims abused by someone who lived under the Same Roof as their attacker before 1979).  People who applied before or were put off applying had until 13 June 2021 to reapply.

And there have been some improvements made to prevent the CICA ruling that underage victims had consented to sex when it was rape. But our fight goes on...

Kim Mitchell's ordeal: Read the article in full in the Independent dated 30 July 2018

We demand an end to discriminatory obstacles and rules: 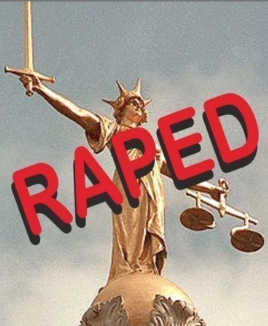 Survivors of childhood abuse campaign for compensation NADJA, by Leila Hawkins 15/07/2022 Read on NADJA site here People who have experienced childhood abuse in the UK are being denied compensation by a punitive law. Survivors are now campaigning to change this. When *Lucy was 11 years old her grandfather began sexually abusing her. For the …

Open Letter for compensation to Secretary of Justice

Open Letter for compensation to Secretary of Justice Rt Hon. David Gauke Secretary of State for Justice  6 June 2018 Dear David Gauke We collectively represent the experience and demands of thousands of survivors of rape, domestic violence and sex crimes suffered as children or adults. The Criminal Injuries Compensation Scheme is discriminating against victims …

Model letter to MPs re compensation – please use

Please adjust accordingly and send this letter to your local MP (find your MP’s name and contact details here) [your address or email] Dear [insert full name of MP] As your constituent I urge you to take action to update the Criminal Injuries Compensation Scheme for victims of crime, in particular for victims of rape …

A gay man describes how he won compensation for rape