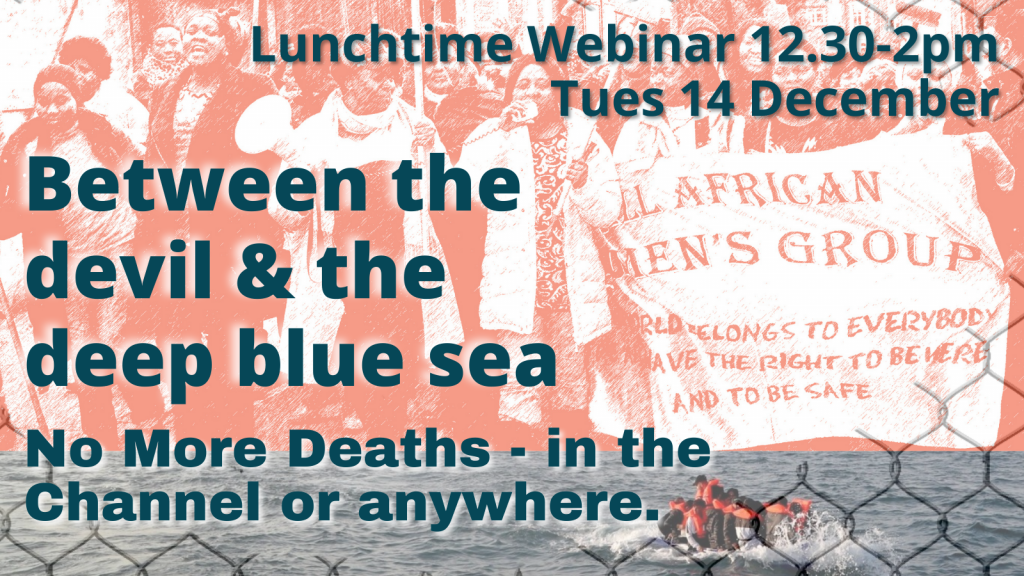 Hear from women asylum seekers who have made the dangerous journey to the UK and who can counter the lies put out about people fleeing for safety, including those arriving by boat on UK shores.

There are no safe and legal ways to get to the UK. Twenty-seven people have now tragically died in the Channel. This adds to the horrendous toll of nearly 40,000 known to have died in the Mediterranean, and those who perished at the Belarus border, in the backs of lorries and in the many other dangerous ways that desperate people have been forced to travel. Without wars, famine and environmental devastation, much of which the UK is guilty of, people wouldn’t have to flee their homes.

The most recent deaths have prompted an outpouring of public sympathy and more visibility for the national network of people in the UK providing food, clothes and other support to refugees.

But the government is using the situation to push through the Nationality and Borders Bill which will erode the rights of people to claim asylum; criminalise those who survive the peril of the seas and those who try to help them; bring in measures that break international refugee and maritime law, including the push back of boats and the processing of asylum seekers offshore.

If the Bill passes, women, especially mothers and rape survivors will be more easily deported. Over 70% of women asylum seekers have fled rape. Rape and trafficking victims who delay reporting will be fast tracked for deportation. Mothers, and anyone granted only temporary status because of how they travelled to the UK, will be prevented from reuniting with children they were forced to leave behind and refused support.

Global Women Against Deportations is a coalition based at the Crossroads Women’s Centre, which includes AAWG @AfricanGr along with Legal Action for Women, Women Against Rape @AgainstRape & Women of Colour/Global Women’s Strike @woc_gws.