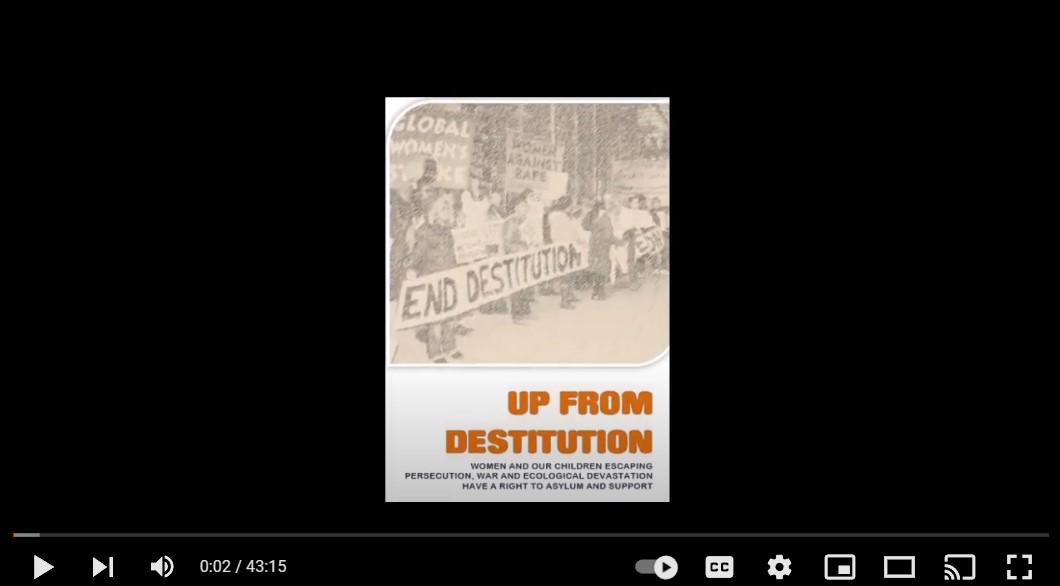 Up from Destitution, a survey of women seeking asylum and making immigration applications in the UK. Nearly half of the women surveyed had no income at all and 60% are living on an income so low that they are officially destitute.

Speakers from All African Women’s Group (AAWG) – a self-help group of women seeking asylum, Refuge from Rape and Destitution – an initiative of Women Against Rape to end injustices in the asylum system and destitution imposed by government.