'I was terrified': Ugandan woman wins asylum thanks to women's centre’ 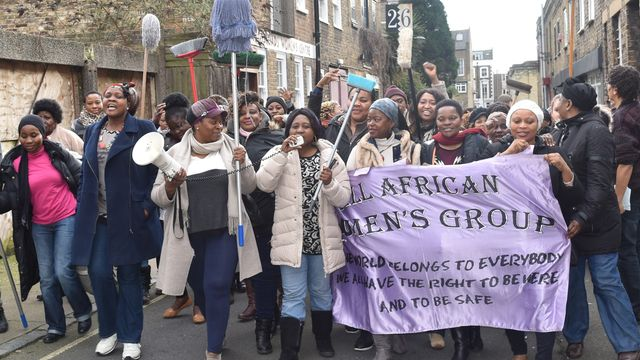 A Ugandan woman won her asylum claim thanks to The All African Women’s Group, based at Kentish Town's Crossroad Women - Credit: Women Against Rape

A lesbian woman from Uganda has won her asylum claim to remain in the UK thanks to a Kentish Town women's centre.

Ms Hazina fled from Uganda - where homosexuality is illegal - after her girlfriend and child were killed once their relationship became known.

Forced to leave behind her other children, she was supported to make an asylum claim by The All African Women’s Group (AAWG) who found her a solicitor specialising in immigration.

Ms Hazina said: "I was so upset and terrified when I first arrived in England. I lived in fear for many years and couldn’t chase from my thoughts what I had seen and suffered."

The AAWG is part of the women's centre which is based at Crossroad Women on Wolsey Mews.

Ms Hazina said that meeting the AAWG - alongside LGBTQ+ campaign group Queer Strike - felt like "a light went on".

"For the first time I knew that I was not the only one that had suffered like this."

Paying tribute to those who supported her during the asylum process, Ms Hazina - secure in her right to stay - now wants to help others.

The centre's Women Against Rape group alleged that, during a Home Office interview, Ms Hazina was subjected to abrasive questioning about the nature of her intimate relationships.

Those interviewing her reportedly pressed for details about her partner, specifically whether they were "just friends or whether they had kissed or had sex".

When Ms Hazina described being beaten and raped by her then-husband, it's alleged that the interviewer "coldly" asked whether he used his fists or weapons.

Queer Strike said: "We are appalled at the cruelty and salacious nature of the questioning Ms Hazina endured.

"Such questioning seems aimed at deterring women from pursuing their right to claim asylum." 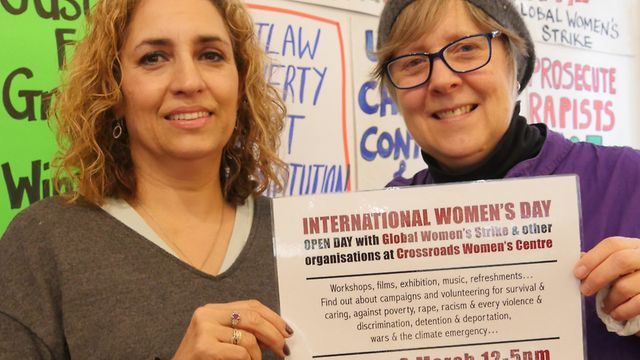 Ms Hazina won her asylum claim thanks to The All African Women’s Group, based at Kentish Town's Crossroad Women - Credit: Archant

According to a Home Office spokesperson, its objective is to establish "safe and legal routes to enable the most vulnerable people to start a new life in the UK".

They said: "Each asylum case is carefully considered on its individual merits by caseworkers who receive extensive training and must follow Home Office policy guidance.

"Where someone is found to be at risk of persecution or serious harm in their country of origin because of their sexuality or gender identity, they are able to receive refugee status.”