We were centrally involved in winning this important legal precedent for rape survivors seeking asylum in the Royal Courts of Justice, London back in 1997.

Mr Justice Sullivan ruled that the previous Home Secretary had been wrong not to consider new evidence provided by a young woman about the multiple rapes and other violence she suffered from soldiers as a fresh claim for asylum. 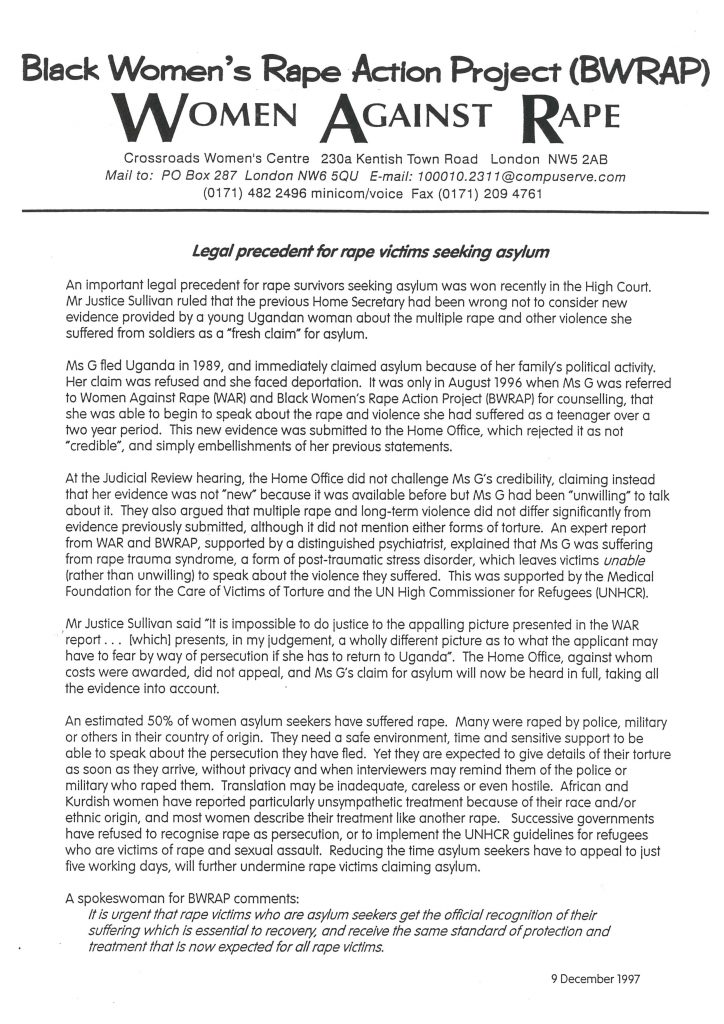