Protest against rape and racism on the day of sentencing the Oxford rapists, Old Bailey, London 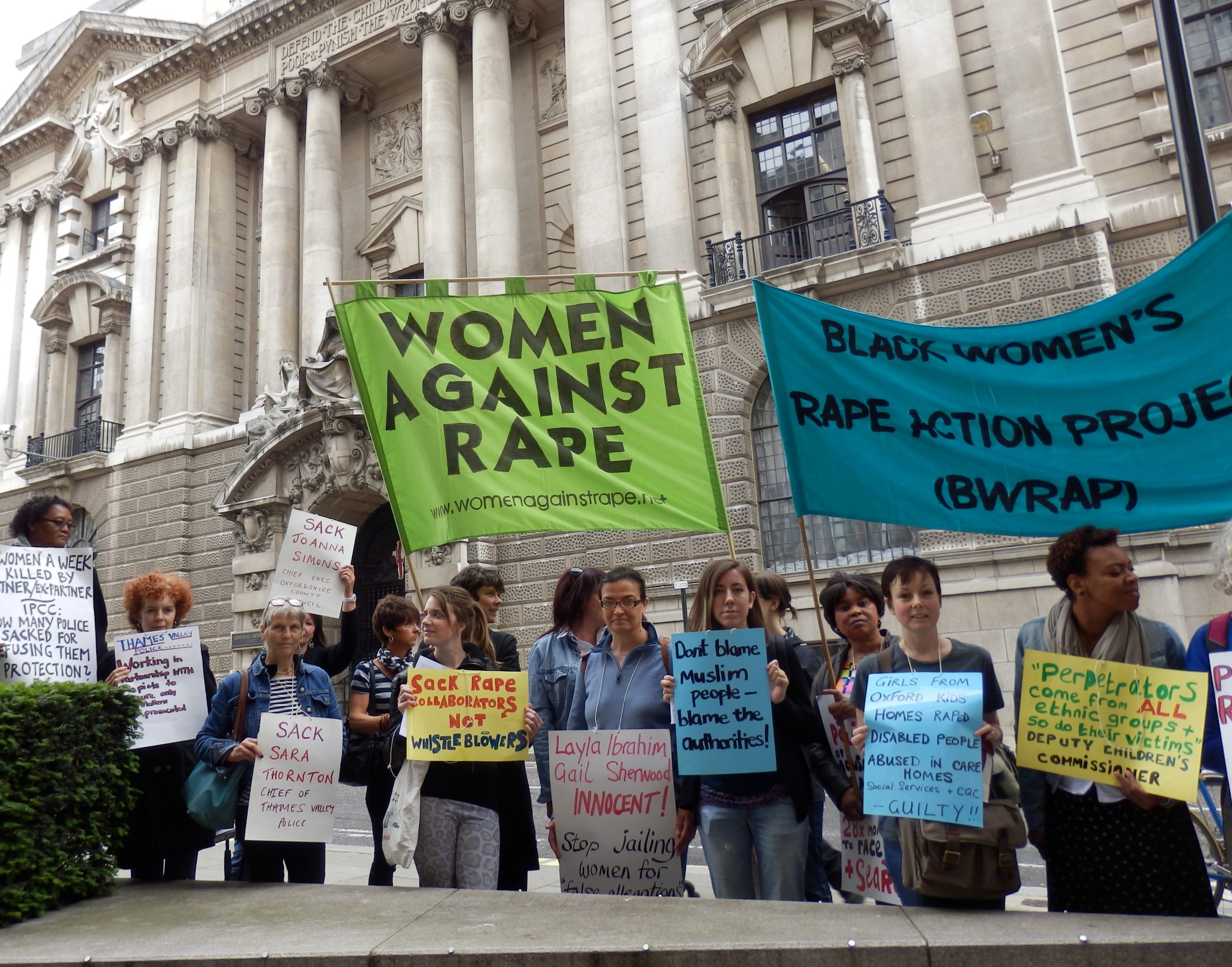 Seven men will be sentenced for 43 offences against six girls, including rape. But what about the police officers and social workers whose refusal to act enabled these rapes? Will they be prosecuted for aiding and abetting rape? Were they involved in other ways?

Police and social services allowed these rapes to go on for years, and even threatened to arrest some of the girls when they reported. As with Savile, Stuart Hall, the care homes in Jersey and Wales, Rochdale . . . those in charge of the children’s protection neglected their safety and welfare, labeling the children ‘trash’ and their rapes a ‘lifestyle choice’.

Because the men in the Oxford and Rochdale cases are Muslim and the girls we know about so far are white, media racism has let the authorities off the hook, making it a ‘cultural’ problem. Yet we know from experience and the Deputy Children’s Commissioner Kate Berelowitz has emphasised that teenagers all over the UK are being raped by adult men who are mostly white. Why are these rapes being allowed to continue? Instead of pressing the authorities for an answer, the media is feeding the EDL and other racists looking for excuses to attack people of colour.

Victims, including children, are raped and assaulted, and their lives destroyed because workers in children’s homes, social workers, the police and CPS let it happen. There will be no protection for children, girls and boys,