“But campaigners have questioned what the point of more officers is if women don’t trust them. Lisa Longstaff from Women Against Rape, which has campaigned against police violence in Camden for decades, said: “We don’t need more police on the streets, what we need is them to investigate the crimes we report to them. We don’t need them just throwing their weight around.”

Ms Longstaff cited the case of DC Carl Ryan, which came to light in 2015. He was a detective on Islington’s sex crime unit who was found to have used his position to fake forensic results, resulting in the early closure of three serious cases.

In his sentencing hearing, Judge Alistair McCreath said the detective was overcome by his workload because he was “not very organised”. 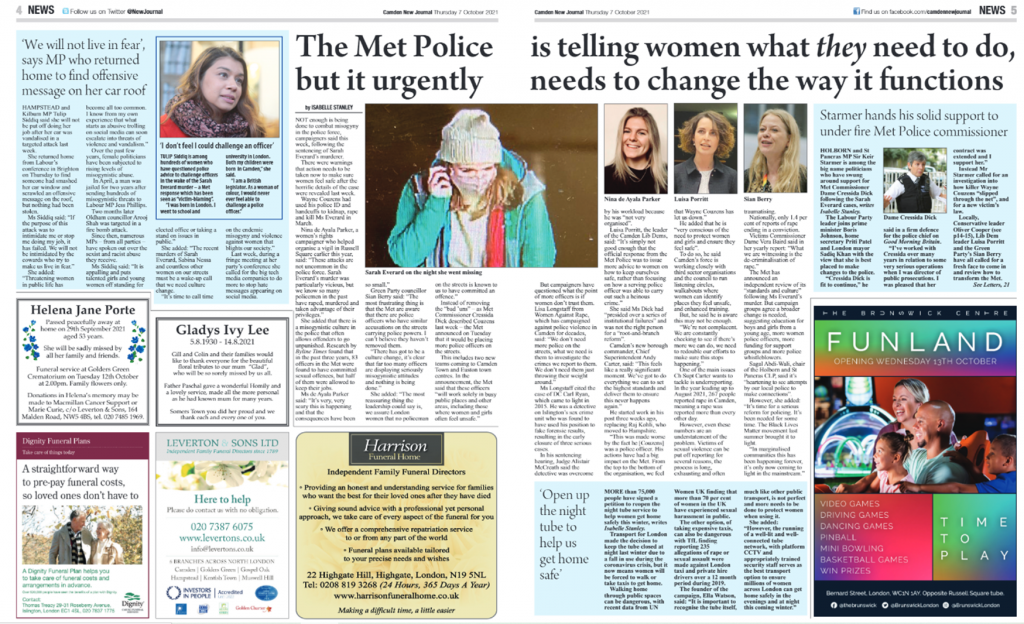