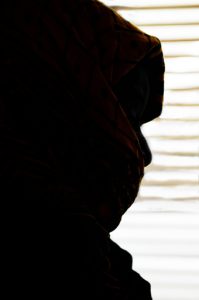 Since 2002 BWRAP and WAR have been providing specialist services to victims seeking asylum in the UK. Research, including our own, has found that over 70% of women seeking asylum have fled rape elsewhere.  We document what happened to them and the aftermath of sexual violence: the continuing impacts of stigma and trauma.

We help co-ordinate self-help sessions with the All African Women’s Group, a self-help group of women asylum seekers & immigrants. Their fortnightly meetings are attended by up to 120 women and an increasing number report experiences which could be considered as “trafficking” and/or “modern slavery”. Some of these experiences result from how they were brought to the UK and what happened to them on arrival.

One important and recurring theme is that many victims we see say that their suffering has been exacerbated by the government’s “hostile environment” immigration policies. Specifically, victims suffer from: institutionalised disbelief and hostility from immigration officers and decision makers; lack of acknowledgment of the traumatic impact of rape and sexual abuse. Since the 2014 Immigration Act “hostile environment” policies were introduced women report increased difficulties accessing health care, education, housing, banking etc. More women describe being destitute without any income at all and living in precarious situations where they are vulnerable to abuse.

Our evidence will focus on care and support for victims.

Victims of modern slavery who have suffered sexual violence face the same difficulties that those seeking asylum from rape face in pursuing their immigration cases.  The National Referral Mechanism (NRM) and “Competent Authority” which was supposed to provide a bespoke and sensitive approach have been contaminated by the government’s hostile immigration environment.  The cases we cite below and our work more generally with victims covers the period both before and after the introduction of the Modern Slavery Act of 2015. Since the Act we have seen no improvement in the care and support for victims.

Trauma and stigma makes it much harder to report rape than any other violence.   Many women we work with have never spoken to anyone else about what they have been through.  Others haven’t been able to tell professionals who are helping them, like lawyers or GPs.  Hardest of all is speaking to officials.  Most women have not reported rape until after their Home Office interview and an initial decision has been reached on their application.

Women report rude and hostile officials when they go to their interviews.  They are often pressed to “speed up” or alternately kept for hours ploughing through details of traumatic experiences which they have never spoken about before and have battled to keep at the back of their minds.  Invariably it is an unnecessarily distressing and traumatic experience with many women unable to recall details of what happened to them because they are “blanking out” under the extreme pressure.  It is usually clear from the interview notes that officials scan the overall account for potential “weaknesses” which may offer grounds to refuse a case.   They then quickly “home in” on these, e.g. within the first ten questions.  Meanwhile other crucial information, e.g. the situation a woman fears if sent back, is not gathered as if this would make the decision to refuse more difficult.  We have seen this pattern repeated so often that it appears to be “policy”. We would like clarification on whether immigration decision makers get incentives or bonuses for refusals.

Policies not only fail to protect women, they are making them more vulnerable to exploitation, rape and other violence.  Over half of the women in the self-help group are destitute.  Even those living on asylum support benefits are left in vulnerable and dangerous positions, struggling to survive on 50% less than the poverty line benefits that others in the UK receive.

This month marks the first anniversary of WAR’s “Refuge from Rape and Destitution Campaign” in which both the All African Women’s Group and Black Women’s Rape Action Project are partners.  Our aim is to end of destitution because it forces women and girls into all kinds of dangerous and exploitative situations, leaving them vulnerable to rape and other abuse, e.g. forced to rely on working for free as “domestics” or sex with men offering a bed for the night. Thirty-five percent of destitute homeless women asylum seekers report being raped in the UK.

The fact that so many victims of modern slavery end up destitute because they are denied the help and support they needs must be of concern to this Inquiry.  We urge members to look at first-hand accounts of the impact of destitution on victims including the ways in which it increases and exacerbates vulnerability to abuse.