WOMEN AND OUR CHILDREN ESCAPING PERSECUTION, WAR & ECOLOGICAL DEVASTATION HAVE A RIGHT TO ASYLUM AND SUPPORT 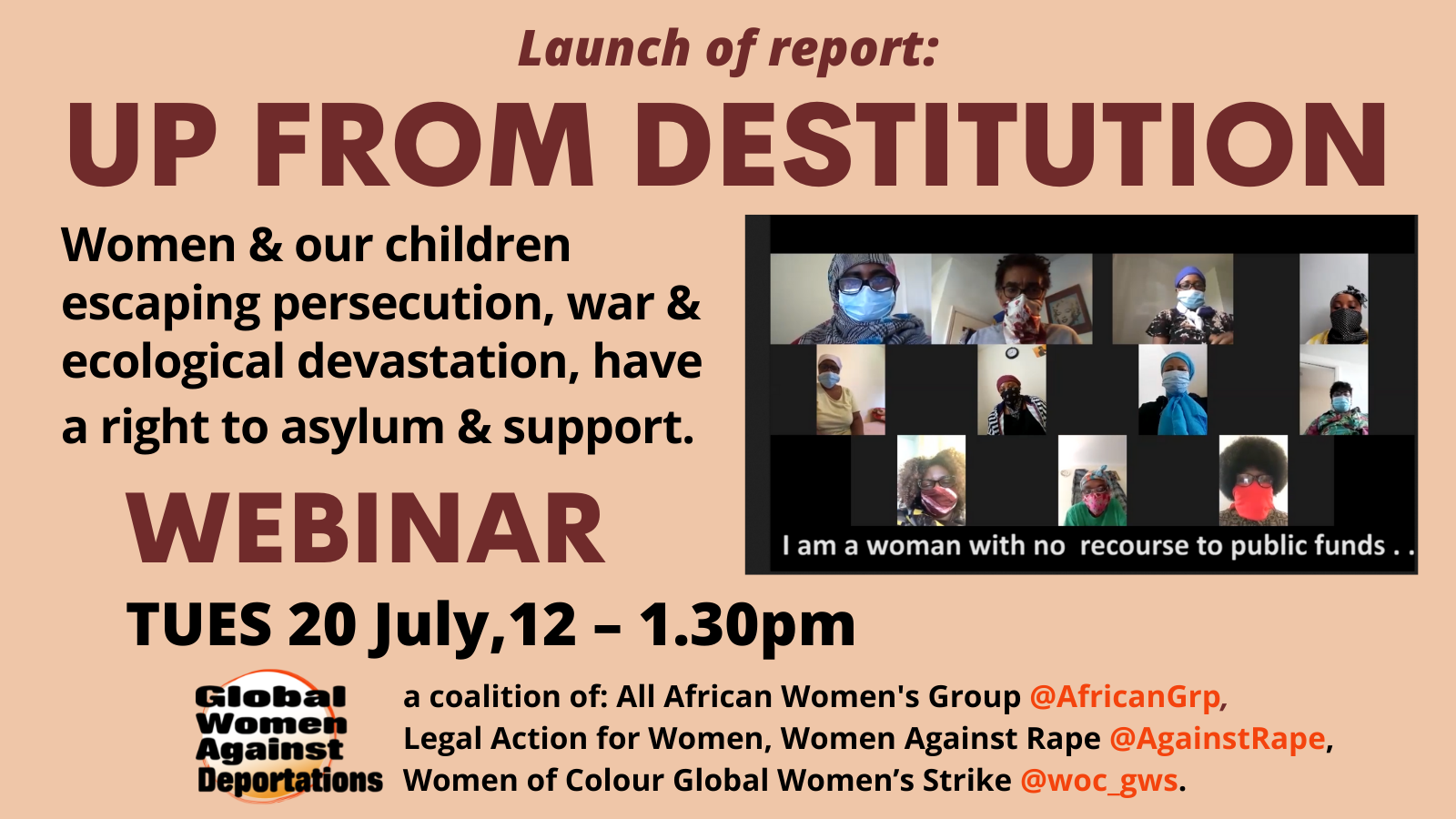 Up from Destitution, a survey of women seeking asylum and making immigration applications in the UK, has found that 60% of participants are living on an income so low that they are classified as officially destitute. Two-thirds of women have suffered rape or domestic violence.

The survey investigates why women are destitute and the answers are an indictment of the UK’s racist hostile immigration environment, institutionalised sexism especially in the treatment of rape survivors and a callous disregard for the situation of mothers with children.

The survey is timely as the government proposes new legislation, the Nationality and Borders Bill which will make it easier for the government to deport everyone, including women and children, no matter what persecution, war, starvation or environmental devastation they are fleeing from. It will enshrine in law some of the worst of the government’s enforced destitution policies. 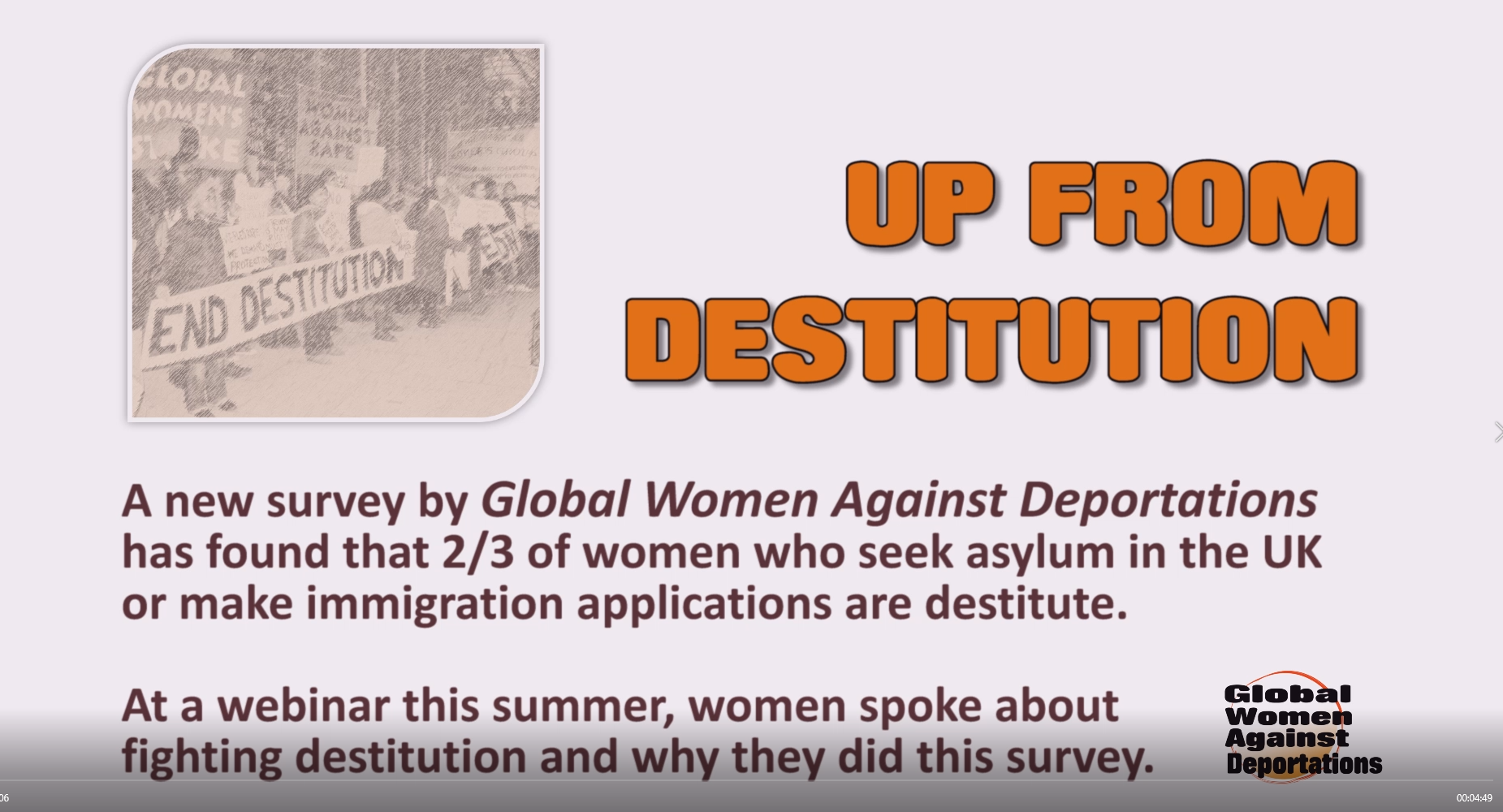 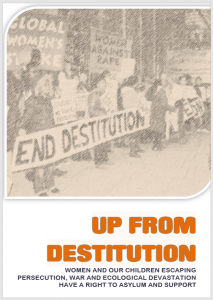 What you can do . . . take action and share our materials

They Fled Sexual Violence. The UK Made Their Trauma Worse
16 Sept 2021 Vice.com World News, on asylum seekers Becky and Okeke who
describe their experiences of poverty and violence

“My Life is Frozen”: The asylum seekers condemned to a decade of limbo by Home Office delay 1 August 2021 The Independent, how Sara from WAR was left destitute in slum housing with her family while waiting nine years for asylum.

Who will defend the rape survivor asylum-seekers who face destitution? August 2021 Morning Star, NIKI ADAMS of Legal Action for Women describes how women fleeing male violence are confronted by sexist double standards from British officialdom, as revealed in a new report

See more on our Refuge from Rape & Destitution blog about our campaigns to highlight and end the injustices women face in the asylum system, and the government imposed destitution women suffer as a result.

5 thoughts on “UP FROM DESTITUTION”