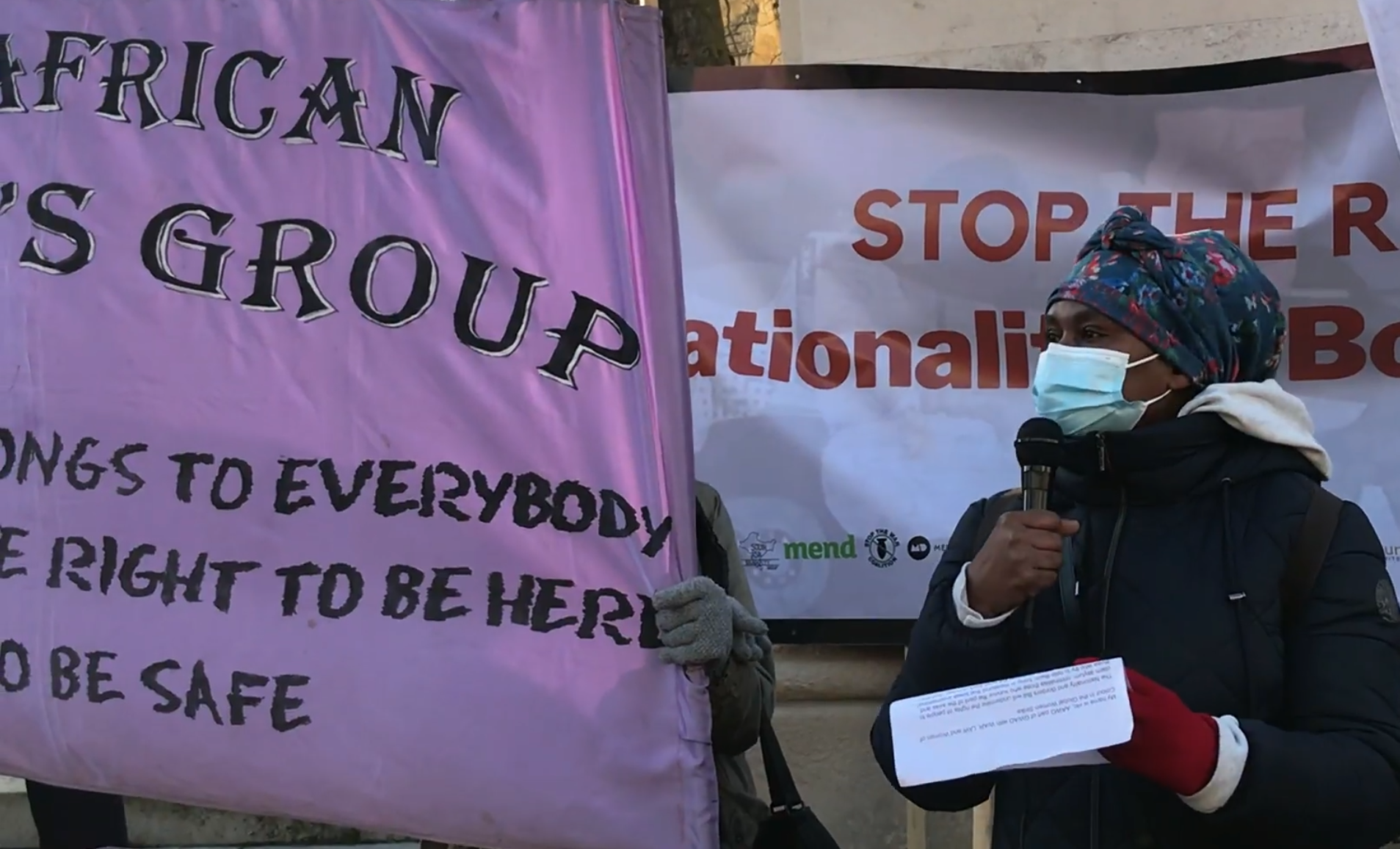 All African Women's Group speak out against the Bill, 5 Jan 2022

The Nationality and Borders Bill will undermine the rights of people to claim asylum; criminalise those who survive the peril of the seas and those who try to help them; bring in measures that break international refugee and maritime law, including the push back of boats; and the processing of asylum seekers offshore.

The Home Secretary, Priti Patel, dishonesty claims that the bill is needed to protect women and children from men jumping the asylum queue. She, like many women in high places, doesn’t speak for us. Women, especially mothers and rape survivors will be more easily deported if the Bill passes. Over 70% of women claiming asylum have fled rape. Now, any delay in reporting sexual violence means you could be fast tracked for deportation. Most people will be denied the right to claim asylum and those that do will get only temporary status and be left destitute, including mothers, who would also be prevented from being reunited with children they were forced to leave behind when they ran away. A recent survey found half of women asylum seekers are destitute (living on less than £70 a week).

We grieve for and remember the people who died in the Channel and the many thousands who have died in the Mediterranean, at the Belarus border and in other ways trying to get to safety. There are no safe and legal routes to the UK – as the women desperately trying to get out of Afghanistan will tell you. The network of people saying “Refugees Welcome Here” is growing and together we are determined to prevent this Bill being implemented. Ireland has brought in an amnesty to give status to people so they can rebuild their lives in safety -- why not here?

Please get in touch if you are interested to know more or in volunteering with us.