'Empathy, compassion and conscientiousness must be valued in the Met Police' 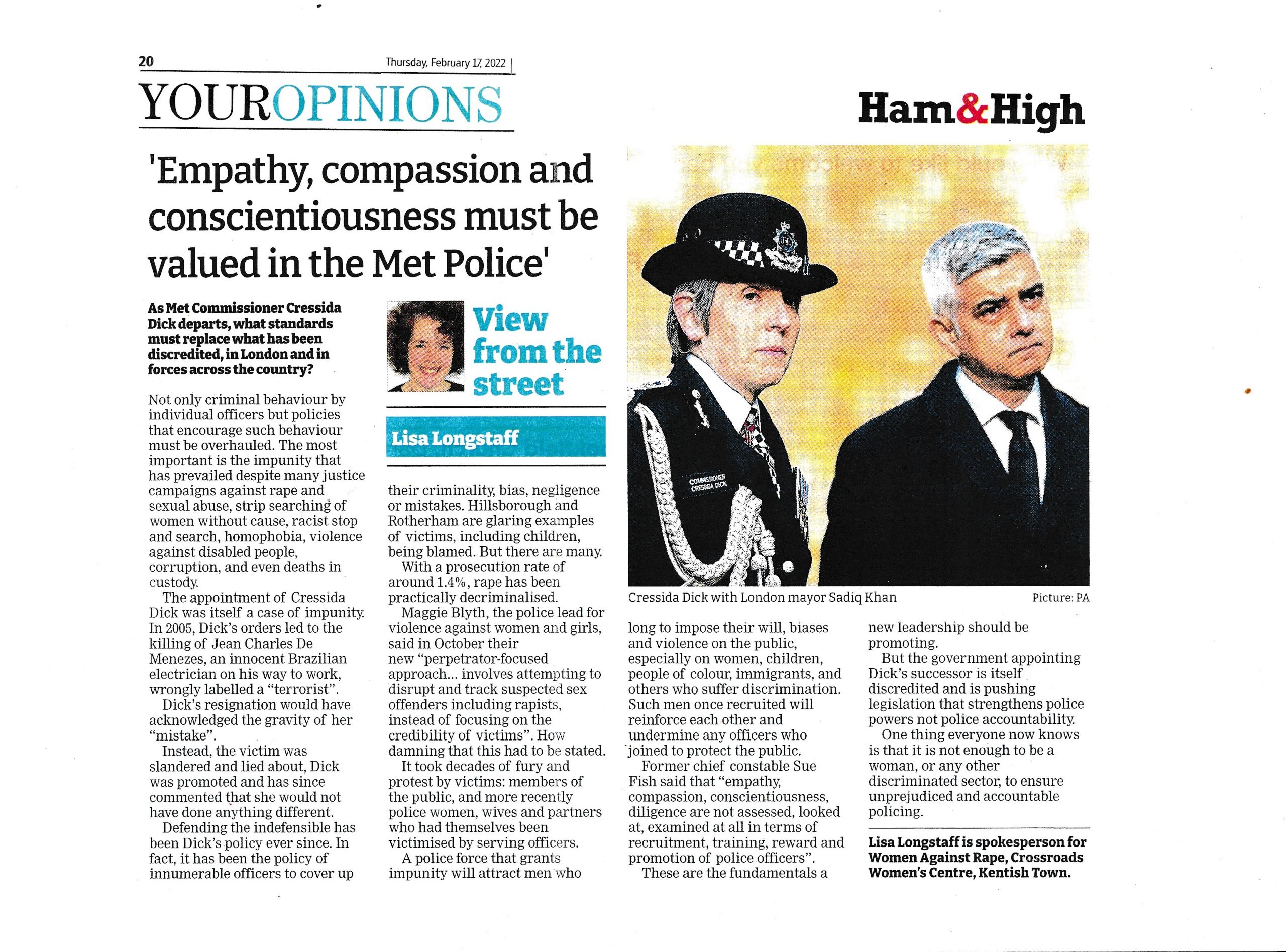 As Met Commissioner Cressida Dick departs, what standards must replace what has been discredited, in London and in forces across the country?

Not only criminal behaviour by individual officers but policies that encourage such behaviour must be overhauled. The most important is the impunity that has prevailed despite many justice campaigns against rape and sexual abuse, strip searching of women without cause, racist stop and search, homophobia, violence against disabled people, corruption, and even deaths in custody.

The appointment of Cressida Dick was itself a case of impunity. In 2005, Dick’s orders led to the killing of Jean Charles De Menezes, an innocent Brazilian electrician on his way to work, wrongly labelled a “terrorist”. Dick’s resignation would have acknowledged the gravity of her “mistake”. Instead, the victim was slandered and lied about, Dick was promoted and has since commented that she would not have done anything different.

Defending the indefensible has been Dick’s policy ever since. In fact, it has been the policy of innumerable officers to cover up their criminality, bias, negligence or mistakes. Hillsborough and Rotherham are glaring examples of victims, including children, being blamed. But there are many.

With a prosecution rate of around 1.4%, rape has been practically decriminalised. Maggie Blyth, the police lead for violence against women and girls, said in October their new “perpetrator-focused approach... involves attempting to disrupt and track suspected sex offenders including rapists, instead of focusing on the credibility of victims”. How damning that this had to be stated. It took decades of fury and protest by victims: members of the public, and more recently police women, wives and partners who had themselves been victimised by serving officers.

A police force that grants impunity will attract men who long to impose their will, biases and violence on the public, especially on women, children, people of colour, immigrants, and others who suffer discrimination. Such men once recruited will reinforce each other and undermine any officers who joined to protect the public.

Former chief constable Sue Fish said that “empathy, compassion, conscientiousness, diligence are not assessed, looked at, examined at all in terms of recruitment, training, reward and promotion of police officers”.

These are the fundamentals a new leadership should be promoting.

But the government appointing Dick’s successor is itself discredited and is pushing legislation that strengthens police powers not police accountability.

One thing everyone now knows is that it is not enough to be a woman, or any other discriminated sector, to ensure unprejudiced and accountable policing.