The Nationality and Borders Bill is an attack on women

The Nationality and Borders Bill is currently in the House of Lords committee stage. It is due back to the Lords on 28 February, 2 and 8 March. The Bill will then go back to the House of Commons where it is likely that the government will try to overturn any of the good amendments put forward by the Lords.

Global Women Against Deportations -- which includes the All African Women’s Group, a 100 strong organisation of women asylum seekers and refugees from every continent along with Legal Action for Women, Women Against Rape and Women of Colour/Global Women’s Strike -- is organising against the Bill, along with many others who are horrified at the way the Bill will destroy people’s chance of getting asylum and protection in the UK and undermine all our rights.

If the Bill passes, most asylum seekers arriving in the UK will be labelled as arriving illegally (there are no legal routes) so will be denied the chance to get refugee status and therefore rights to family reunion and recourse to public funds.

Women will be hit hardest, especially mothers and rape survivors. Over 70% of women asylum seekers have fled rape and other torture.  Victims of rape, domestic violence and trafficking who delay reporting, including because they are traumatised, will be fast tracked for deportation.  Mothers denied refugee status will be prevented from being reunited with the children they were forced to leave behind, and will be refused support.

Faith, a mother in the All African Women’s Group, speaks here explaining that under the Bill she would not have won the right to stay. She asks why it is that women like her, that were not told about claiming asylum, are the ones being blamed and penalised

Please join us in opposing this Bill:

Over 70% of women claiming asylum have fled rape. Rape survivors who delay reporting will be fast tracked for deportation, their claims dismissed as “unsubstantiated”. Our briefing here: bit.ly/3nVGPt3 #StopNABB #killthebills
https://twitter.com/AgainstRape/status/1495726647861030915?s=20&t=Hv3xtG9vWvAF-nrl3rqj_Q

Only those arriving “legally” will get asylum but there are no legal routes so most will be denied status, family reunion & recourse to public funds. See Global Women Against Deportations statement here: bit.ly/3sI9x2g  #StopNABB #killthebills https://twitter.com/AgainstRape/status/1496839666079006723?s=20&t=WpiTA3fSk7_ifAQB-1DaCw 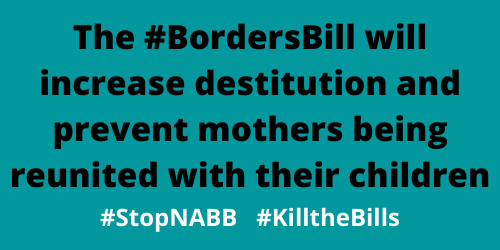 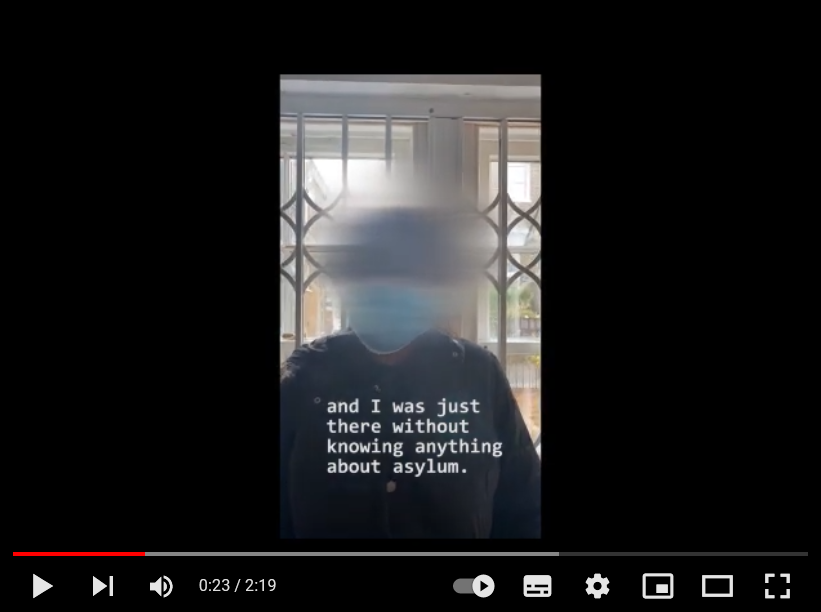 Faith from @AfricanGr asks who is to blame? The woman too traumatised to speak about rape? The woman who didn’t know she could claim asylum because the hostile environment prevented her getting support? bit.ly/3rW08oi #StopNABB #killthebills  https://twitter.com/AgainstRape/status/1496851189366984708?s=20&t=uIsY16ISI2nG5n523os1rg